Marius has a PhD in Fine Art and was awarded the Abbey Fellowship in Painting at the British School in Rome.  He exhibits nationally and internationally and his work is in collections in the UK and abroad.  He teaches experiential approaches to painting and works from his studio in Rookley Isle of Wight.

Marius works in painting, drawing and digital video.   He engages with dynamics of contemporary identity that concern the perception of reality, the filters of associations, affects and memories, personal and impersonal.   His practice evolves around the question: how does the notion of an unfolding ‘self’, in time and today, relate to aspects of representation and materiality in painting?

The show is titled ‘Liminal’ because my paintings are about thresholds, which mark various becomings, map what could happen between one stage and the next.   Painting allows me an equality of thinking and feeling without having to speak, it’s the best way of finding out and communicating how I ‘see’.  I have achieved my aim when the canvas captures a glimpse of time, spaces between inside and outside, enlivened by the effective qualities of colours. 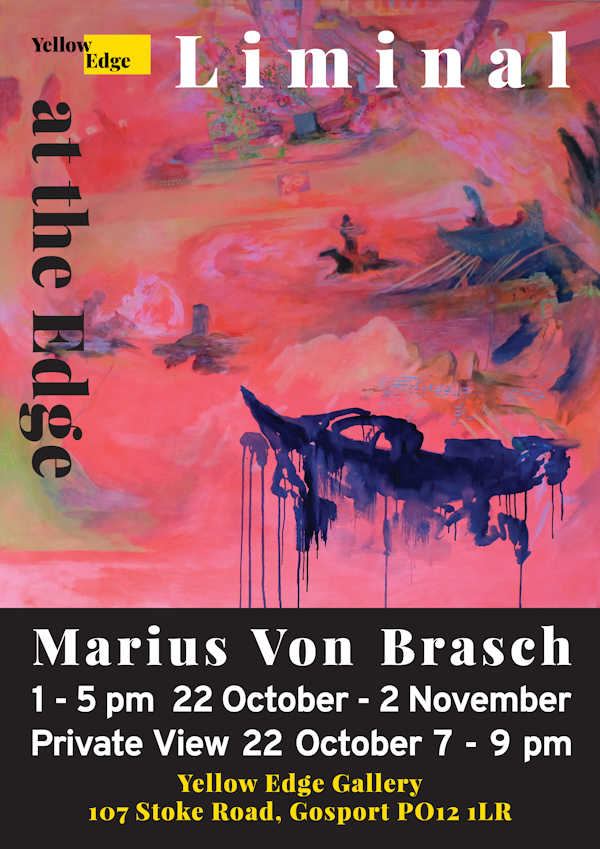